It’s imperative that write something today, just to break the lazy hangover I have enjoyed all week following the frantic, emotional stress of Mike Jr.’s wedding last week.  I promise to follow-up with details and pictures of the great time we had; but that would require sorting through 8000 photos (my estimate) to pick those that would best tell the story of our Lost Weekend in Williamsport.  (Trust me.  That title connotes a very favorable experience within the crazy motions and emotions of a son’s (or daughter’s) wedding.  More on that later … )

I could write about my recent lawn treatment.  But that would require an uptick in my Lawn Geek Level that I’m not willing to invest in this Sunday morning.

And so I’ll turn to more recent news, and one of my favorite pastimes … Cranky Political Observations.

First, let’s look at Mitt Romney and some of the absolutely ridiculous claims President Obama‘s campaign and supporters continue to make when it comes to Romney’s wealth and tax history.  The important thing to keep in mind is every minute spent defending Romney against such nonsenseical attacks is time diverted from hammering away at the sorry state of The Obama Economy.

Afterall, with almost four years of President Obama’s stewardship, the Economy – or lack thereof – is rightfully his to won!  (You only get to blame your predecessor for so long, and certainly not through a full term in The Oval Office when – as President – you have shown no Leadership whatsoever on Issues of Economic Recovery.)

Now Mitt admittedly caused himself a self-inflicted wound with his meanderings on the “47% of Americans who do not pay taxes”.  Not paying taxes does not automatically make you a slouch.  There are plenty of people, rightfully classified as disabled, aging veterans, etc. who fall into that very broad 47% category.  Mitt might have bitten off more than he could chew; but let’s be honest, he was at least 53% correct about that 47%.

Regardless of the dangers associated with judging-by-percentages into which Romney stumbled, we ALL KNOW what he meant.  Within that group is a hardcore class of people who have not the slightest interest or desire to break their dependence on the REDISTRIBUTION of other people’s hard work and income!  And within that sub-class is another that not only shows little-to-no interest in self-sufficiency, they REVEL in their status as Economic Sponges!

Even Bill Clinton recognized the need to fix this when he joined with Congressional Republicans to pass the Welfare Reform Act of 1996.  So this is not news to even the most hardened of Liberals.

Sunday’s Philadelphia Inquirer attempts to make the claim that REDISTRIBUTION of income is not a “bad word”.  They try to soft sell this idea by stating that REDISTRIBUTION is used for small business loans, Pell Grants for college education, veterans’ benefits, etc.  Of course they also throw in food stamps and welfare, but almost as an afterthought.

Intelligent, reality-educated people can distinguish between good uses for REDISTRIBUTED INCOME and other programs that simply rely on the toils and work ethic of the majority of Americans to fund the never-ending cycle of handouts to perpetual non-contributors.  And that’s what MOST objectors to the Welfare Mentality think of when they hear INCOME REDISTRIBUTION … not Pell Grants, small business loans and taking care of aging veterans.

Liberals – and Obama supporters – KNOW this; but it suits their intentions in this 2012 election year to make it about the whole of benefits that come from INCOME REDISTRIBUTION, not the perfectly acceptable Social Contract that expects those who work at good jobs to provide TEMPORARY assistance to those who need a hand up in tough times or even those with legitimate long-term disabilities and maladies that prevent even part-time employment.

Do not allow them to suggest that there is no difference between Good Income Redistribution and the ugly realities of the Welfare State of Mind!

As for Mitt’s tax records, one observation is enough to put that entire subject into perspective.  If President Obama’s proxies, like the half-baked Liar from Arizona – Harry Reid, are so desperate as to criticize Romney for tax rates and wealth shelters that were perfectly acceptable for Al Gore (2000) and John “Heinz 57” Kerry (2004), then you must recognize them for what those attacks are … Deperate attempts to distract you, me, and all voters from the Unemployed Economy.

So the more we spend talking about this, the less time we have to address what the REAL PROBLEM is in 2012, the stagnant National Economy and the broken stewardship of a Leadership-challenged President!  Those of us longing for REAL Economic Leadership need to ignore these straw men and do what we can to refocus on the horrible state of President Obama’s own Economic Malaise! 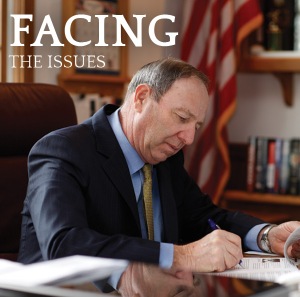 Will Pennsylvania U.S. Senate candidate Tom Smith ever get the chance to smoke out do-nothing U.S. Senator Bob Casey in his race to challenge a man who has nothing on his resume’ other than a famous father?

You can’t find anything on Bob Casey’s re-election campaign without a brace of media savvy internet bloodhounds.  Casey refuses to come out into the open, like any politician with little track record, and a recognizable name.  (How many voters still think they are voting for his father?)  Casey continues to hide behind Barack Obama, even while doing anything to avoid endorsing him too much, too often.

He and Congressional REP Allyson Schwartz (See Joe Rooney) are probably sharing the same remote Pocono cabin; waiting for election day to come so they can sneak into their neighborhood polling location and hope for the best … meaning of course, voters who don’t bother looking at how their support of a poor Presidential leader has contributed to the Economic Stagnation we still face after four years of Democrat control over the U.S. Government.

For that reason alone, Bob Casey, Jr. would gladly spend this election cycle hiding under his bed!  Add to that his opposition to the Liberal Litmus that is Abortion, his obvious implied stance against Gay Marriage,  (Go ahead and try to find any reference to Gay Marriage on his official campaign or Senate websites!) and you have a Liberal Democrat’s biggest nightmare … Supporting a family values candidate that disdains everything a Good Liberal loves all because he has a “D” connected to his father’s name! 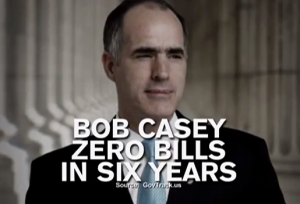 Fortunately for Pennsylvania Liberals, Casey’s middle name is not “Fracking”!

Tom Smith stands for Ending Out-of-Control Federal Spending, Reducing Job-Killing Regulations, Promoting American Energy to Provide American Jobs, Simplified Tax Codes, and reasonable solutions to Healthcare and the long-term viability of Social Security and Medicare.  These are the issues of the day that need discussing.  But Bob Casey will not be found this election season discussing anything you care about in the presence of Tom Smith, and that’s a shame for all Pennsylvania voters!

Finally, if you get the chance, read Trudy Rubin’s column on The Real Muslim Movie Outrage in the Philadelphia Inquirer’s Opinion page this Sunday.  I rarely agree with Ms. Rubin’s view on domestic politics, but her concise, honest review of the radical Islamic elements working to inflate Muslim tensions is enlightening.