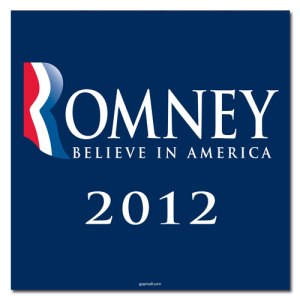 As the most anticipated Election Day in years approaches, it’s time to make my last pitch for Mitt Romney in what has been a loooooong, LOUD, and contentious process.  At least fellow Pennsylvanians – on both sides of The Great Divide – can give thanks for one small advantage; we don’t live in Ohio, where the Political Saturation Level is reaching the Please-Just-End-This-Madness stage.

I hold no illusions that this will change any minds, let alone sway the end result one way or the other.  But if it helps anyone to firm up their position in support of Change in The Oval Office, it will be well worth the effort.

My approach will mirror that which I suspect most voters will consider when it comes time to decide which man will lead the country over the next four years:

Déjà vu all over again … Are You better off today than you were in 2009? 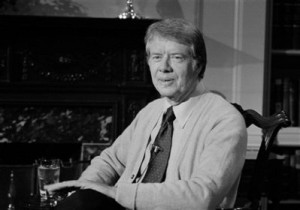 Jimmy “Malaise in a Cardigan” Carter

Who has been confident in what the Economy has had to offer in the past four years?  Yes, President Obama was dealt a crappy economy when he came into office, as was Jimmy Carter, as was Ronald Reagan.  And yes, that comparison was deliberate!  It’s been four years – almost; and what have we seen?  Forty-three months of unemployment over 8%, with the real unemployment rate – which includes those who have lost all Confidence in finding employment – estimated to be as high as 11%!  (The recent down-tick in unemployment from 8.1% to 7.8% was most likely the result of seasonal holiday, part-time job offerings.)

Priorities has been President Obama’s problem when it comes to improving the Economic picture.   At a time when bailouts were needed to keep banks from failing and automakers from going belly up, when the Democrats held an eight-month stranglehold on Legislative decision-making, the focus of the Obama Administration was not on the Economy.  Instead their focus was on an age-old Liberal bugaboo, finding a way to steer the American system – including its economic engine – towards Socialized Medicine.  (That’s not to claim that this is what the Affordable Care Act accomplishes at this point.  The ACA is simply the first step in the process.  A simple Google search including the words “Obama socialized medicine” will give you plenty of information that proves the point.) 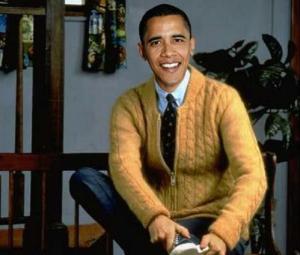 All their political capital was expended in that single decision to make Obamacare the over-riding priority of those heady days of Democrat dominance over Washington, D.C.!  The Economy?  Not so much …

So what it that instills Confidence in Mitt Romney?  SUCCESS!

For all the wailing and gnashing of teeth over Mitt Romney’s taxes, his wealth, his reign at Bain Capital, there is a very large, very common thread … He was Successful!  He was successful at Bain Capital where 80% of the companies Bain worked with increased revenues, and investors that included pension plans, college funds, and charitable organizations realized positive returns on their investments.  Check out the stories of Bain Capital and Staples or The Sports Authority or Bright Horizons (a leader in employer-provided child-care) or Physio Control (developer/manufacturer of critical care medical devices).  The list goes on and on and on …

Romney was Successful when he left Bain in 1999 to save a debt-ridden, scandal scarred 2002 Olympics.  He was Successful when he was elected Governor of Massachusetts’ and worked across  the aisle to fix the State’s budget shortfall and continue Massachusetts inroads to improving Education.  Ask yourself the question, what has President Obama ever turned around that didn’t require a massive infusion of TAXPAYER money?

So you have to wonder why is Mitt Romney and his Success such a target of the Obama campaign?  Wealth is not what preys on the Middle Class.  If Confidence drives the Economy, investment – which comes from excess wealth – feeds the Economic engine.

Economic stagnation is what kills all classes of society.  It kills jobs; kills nest eggs; kills buying power; and it kills prospects of greater opportunity for EVERYONE!  Wealth is what feeds the country’s Economic Engine.  Wealth creates investment, expansion, spending and – most importantly right now – JOBS!  When the Economy is cooking properly, ALL CLASSES of society benefit!

That is the definition of a Confident Economy! 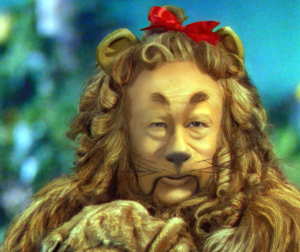 As you can tell, I’m not a big fan of President Obama; and certainly I believe his priorities have not been where they should be, especially when it comes to the Economy!

And what does Mitt Romney offer us?

Throughout the debate cycle, Mitt Romney has effectively cast off every wild dispersion the Democrats have attempted to heap on him.  He proved he has the temperament and Vision to be a successful President.  He has provided his framework for digging the Economy out its hole; for re-energizing the Job Market; and for reducing the choking debt that will eventually kill the U.S. Economy if not turned around.

The Right Man for right now!

Romney’s plan for tax cuts across all but the highest tax brackets, combined with reductions in tax deductions is a sound solution that involves little pain.  By reducing taxes, the Economy will be reinvigorated with Confidence that will encourage Investment and expansion.  A more robust Economy will generate additional business, more jobs and a greater demand for manufactured goods and construction materials.  This higher level of business activity begets greater tax revenue across a much broader segment of the Market, even as tax rates are lowered!  The result will be an off-set of those tax reductions, lower debt aided by cuts to expenses, and fewer claims for welfare subsistence as the result of increased employment levels.

It’s a simple, logical approach that will put people back to work while increasing tax revenues that can be used to pay down the deficits.

This election will be about the Economy.  It must be because our continually escalating debt has become the BIGGEST threat to our National Security.  Between being over-leveraged in debt to the Chinese and the enormous stress the costs of servicing that debt (i.e. interest paid), the debt threatens to choke our country’s ability to provide essential social services; maintain a fully equipped, technologically advanced military; and protect the future of our children.

Regardless of what you believe about how we got into this Economic morass, you must recognize the fact that not only has the last four years yielded little – if any – progress, President Obama’s policies and misplaced priorities have only worsened the situation.

Now is the time to make a change and put a man in charge who KNOWS how to reverse a desperate situation before it’s too late!

Vote for a return to Prosperity!  Vote for Mitt Romney!

10 thoughts on “My case for Mitt Romney”