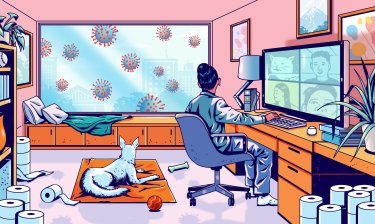 Teleworking is either the bane of our civilized existence or the greatest invention since the beer keg … depending on your personal perspective. Being an old school diehard, I have avoided teleworking, despite the encouragement of the US Navy, largely because I did not trust myself around so many home-bound distractions.

Before big, bad Corona reared its ugly dangerous head, I was forced by Necessity to experiment a bit with the whole work-from-home phenomena when – somehow – The Most Powerful Navy in the World tripped over their Internet cord.  We have many alternate definitions for the acronym NMCI (Navy Marine Corp Intranet), and none of them are flattering.

On such occasions I suggested to Carol that this might be our retirement dry run, as I am painfully close to pulling the plug on my illustrious civilian Navy career. Those practice sessions improved neither my views on teleworking or the prospects for a stress-free retirement. Let’s just say, when you aren’t around as much, people get used to you not being around.

My first mistake teleworking was setting up the Command Center within sight and sound of the Activity Monitor. It was impossible for the monitor to avoid observing – and commenting – on how many “breaks” I took for silly things like eating, drinking, and personal hygiene.

Retirement-wise, I began to wonder what working into my 80s would look like. 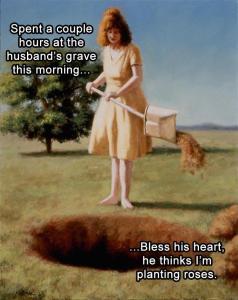 When Corona confronted me with the prospect of living for WEEKS in constant, uninterrupted work-from-home contact, I knew we had to make this work. If not, one of us – likely me – would end up buried beneath my thick, weedless, pillow-like Best Lawn in Horsham, Pennsylvania.

The first couple of days were tough. You know … The usual “Are you eating again?!?” and “Do you do this at the office?!?”

It was time to get realistic.

So I moved lock, stock, and barrel to the basement apartment. Comes with it’s own half-kitchen, Keurig, fridge, TV and semi-comfy furniture! It also has a bed (wink wink). The benefits in peace, quiet, and unlimited, unjustified man-breaks are a boon to navy supply support!

It’s been an enlightening experience. And I found a solution to the inevitable post-retirement “What the … You’re still here?!?” adjustment period!

I will only have to disappear for 10 hours a day … five days a week! 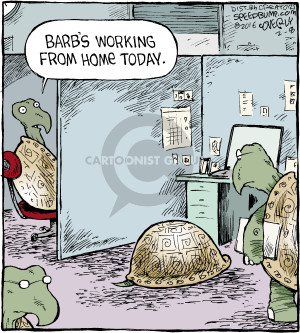