In 1966 I was 10 years-old; and as 10 year-olds are wont to do I was infatuated with sophomoric behavior and attracted to silly comedy on TV and The Big Screen.  In May of that year a comedy hit the silver screen, starring Alan Arkin, Carl Reiner, Brian Keith, and Jonathan Winters.

Without hostile intent, a Soviet sub runs aground off New England. Men are sent for a boat, but many villagers go into a tizzy, risking bloodshed.

Apparently, little has changed when it comes to the reaction of “the villagers” whenever we spot someone from Mother Russia!

As we slog through yet another so-called Trump “scandal”, I am having much difficulty in understanding where all the hubbub is about.  So allow me to summarize what I know with the hope that someone can make better sense of this confusion than I am able.

Now that appears to me to be a rather thin basis for all the clamoring about collusion and treason.  I will attribute my inability at being shocked to my pragmatic way of looking at all things. 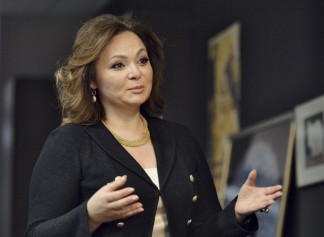 If one looks at collusion as something akin to a contract, you would need to see some form of consideration or value passing between the principles.  So what was that thing of value?  Even if one can argue that Russian lawyer Natalia Veselnitskay had acknowledged connections to the Russian Government (She denies it.), what was the benefit to them?  Much was made today about the man who accompanied Veselnitskay to the meeting … until it was noted that he was actually an American citizen!

Or let’s look at the definition of Treason, which requires the witnessing of overt acts against the Country or in aiding and abetting the Enemy.  So what exactly was the overt act that accomplished either of those circumstances.  Some argue that Russian operatives may have been dangling the Clinton information to draw out one of the Trumps.  Maybe they did.  But simply looking at the dangle, but not taking the bait in full is nothing to get the villagers running around like beheaded chickens.

Now indulge me as I surmise what might have been the reaction in the Hillary Clinton camp had the same “dangle” been made to them for dirt on Donald Trump, Sr..

Now THAT would be an excellent example of Consideration passing from one party to the other!  If it ever actually happened …

But it did!  Every single overt act described above happened in a common thread … Russian interests to corner uranium mining and the Clintons’ interests in building up their political war chest! 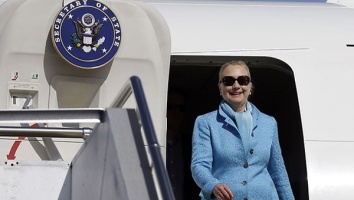 Hillary Clinton was Secretary of State when that happened, serving in an official capacity at the highest level of U.S. Government, supposedly representing the interests of Americans and National Security.  No way does a Canadian uranium mining firm wind its way into a Russian Government asset portfolio without the tacit approval of the U.S. Government!

You really have to admire the Clintons.  They only do they know how to collude; they have the Treason thing down cold too!

Donald Trump, Jr. and company are guilty of being naive, even stupid … but not criminal.

As political neophytes, the Trumps could learn a lot of bad habits from the Clintons.