** I think … At this point I am having a hard time just keeping track of what day of the week it is.

As a dutiful patriot, this was an opportunity to share with those unable to witness the spectacle first-hand, using my drone’s live-broadcasting capability.  We get very few opportunities to see and record our military’s precision and power on display, especially from the front yard.

But as Murphy’s Law goes, several aspects of the operation went awry. This due largely to the Navy and Air Force’s inability to be predictable, practical, and cooperative!

Anywho … An intricately laid plan was dreamed up roughly an hour before the scheduled flight down the I-95 corridor towards Center City Philadelphia, then out north towards Doylestown.  A Cranky Man aficionado, located to the northeast of Drone Central in the Langhorne area, was an obliging volunteer spotter. Far enough north – I believed – to give plenty of warning as the DoD’s Finest passed to the east from NYC.  By either sight or sound, I should have sufficient notice to get Little Bird off the ground and into position. 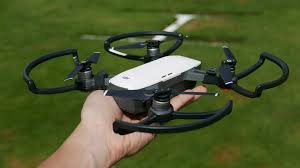 Our Heroes of the Flight Line evaded my spotter through stealth and a general reluctance to cooperate. Our frustrated spotter claiming to have neither seen or heard our elusive subjects. (Frankly, I think she wasn’t really paying attention.). After waiting five minutes past the expected FOP (Forward Observation Post) alert, I launched Little Bird and took it to its maximum altitude (400 ft).

Expecting – at best – to catch a glimpse of the 12-plane formation zipping down the I-95 corridor somewhere in the vicinity of NE Philly, I trained the drone to the east.  In assuming the flight would be traveling high enough, but likely be too far for Little Bird’s camera to pick them up, Plan B was to look for them heading north up Rt. 611.  The drone’s dedicated WIFI allows me to link my personal devices with the drone camera.  On my iPhone, I could see Center City as a slight rise of tall buildings well out to the southeast. 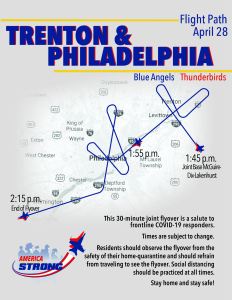 After 5-10 minutes of fruitless searching a neighbor announced that they were already flying out over West Philly; and I had the sinking feeling that my op was lagging far behind the action.  Plan B was executed, and I scanned the skies to my immediate south, hoping to catch the flight on what I was assumed to be a direct line from Philly towards Doylestown.

Of course this was where the Greatest Military on the Face of the Earth decided to prove –  once again – their complete disregard for best laid plans.

Perhaps I missed an important tidbit of information, difficult as that may be as its a 1000-acre property no more than a 1/4 mile from my house.  Somehow I never considered the potential for a flyover of the largely abandoned Joint Reserve Base Willow Grove.  Also missed was the only military presence at JRB Willow Grove was an Air Force drone facility (oddly enough) and that the Thunderbirds were – ya know – in the Air Force!

Seconds after my neighbors started screeching, “There they go!”, came the realization … I was now at the mercy of events.  Trying to multi-task, a dangerous development, especially when trying to do three things at a time (fly, watch the video, and eyeball a large uncooperative 12-plane formation).  All the while a large formation of military jets speed where they aren’t expected and quite obviously flying a lot lower than predicted. 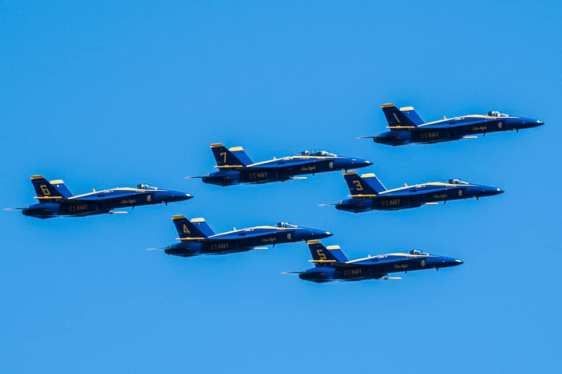 Remember the drone?  I had it at 400 ft, as I expected a fairly far-off sighting at altitudes approximating that of the tall buildings of NYC and beloved Philadelphia.

Suddenly the roar of jet engines grows, reminiscent of days-gone -by when JRB Willow Grove hosted airshows with bi-annual appearances of the Blue Angels.  Yep … They used to fly right over the house at treetop level!

Right over the house they screamed, and at that instant I realized Little Bird was in big danger!  Not to mention the potential for damaging a $18-30 million copy of an American fighter … The thought, “How much damage a drone could cause if sucked into an engine intake”, came from my professional though vague familiarity with the intricacies of military jet engines.

I frantically looked to spot the drone, which at that height is visible to the naked eye, but barely.  When I found it, I realized the Thunderbirds had just passed it to the south.  But the Blue Angels were actually flying directly BENEATH IT!

It would have been the Video of all Videos … if only its camera were pointed down, not out.

I do not take lightly the ultimate stupidity of allowing Little Bird to get anywhere near any aircraft, let alone high-performance jets. It was a brief, terrifying in moment.

I take all the blame, but never ever expected to see the fly-bys so low and that close.  I should have known better though.

In the end, the balance sheet has no videos, no photos, no property damage, no federal prison time. Could have been worse …

The shot would have been epic, if I had gotten it. On the other hand, the pilot would likely be giving Little Bird a one-finger salute!