Or how to trash the community you want to serve even BEFORE you get elected!

Used to be, you could count on a Democrat – as a candidate – to stand for certain things, including care for the environment and reasonable control of man’s infringement upon it in the pursuit of worldly treasures.

Not so much though for the two Democrats campaigning to become Montgomery County (PA) Commissioners!

Was driving my son home from Temple University Friday evening when I happened to take Cheltenham Avenue out to Rt. 309 in an attempt to beat rush hour traffic.  Didn’t get to see much of 309, but what I saw of Cheltenham Avenue from Broad Street (Rt. 611) all the way out to Ogontz Avenue (Rt. 309) was disturbing and infuriating, especially if you despise trashiness and man-made contributions to urban blight.

Contrary to those environmental concerns that so many Democrats seem to cherish, the Shapiro-Richards campaign decided to blanket Cheltenham Avenue with enough Shapiro-Richards plastic to shrink-wrap the Norristown Courthouse.

From what I saw, the signs are already adding clutter and blight to the sights along that stretch of highway.  Many of the signs are coming loose or have been displaced and uprooted.  They lay on the sidewalks and street.  It’s not too hard to imagine what Cheltenham Avenue is going to look like in two weeks time with all the Shapiro-Richards plastic littering the ground there.

Is it too much to expect a reasonable use of signage??  Maybe a bit of common sense in how many you need to plant or the spacing that might lessen the visual assault???

One wonders exactly how many plastic lawn signs the Shapiro-Richards campaign estimates they will place throughout Montgomery County in the pursuit of nothing more than election-day name recognition?!?  Apparently, it’s quite a bit more than what you see on Cheltenham Avenue!

Today, Carol and I decided to drive up to the Philadelphia Outlets in Limerick.  As we usually do, we exited the Turnpike at King of Prussia and headed west on Rt. 422.  And guess what we saw?

Yep … Long lines of Shapiro-Richards plastic lining both sides of 422 for as far as the eye could see.  No, it won’t be too long at all before 422 resembles – at least on one level – Cheltenham Avenue!

At this time of year you expect to see campaign lawn signs throughout your community.  It is – unfortunately – what is to be expected.  But you would hope that common sense and – above all – consideration for the aesthetic impact of too many signs in too high a concentration in your neighborhood and on the roads you travel might cross a politician’s – or campaign worker’s – mind.

Apparently not so this year from the Shapiro-Richards Plastic Campaign!

Remember that when you consider who you want to run Montgomery County and to protect green spaces and the local environment for the next four years! 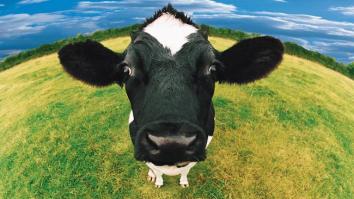