The Democrats’ contest to pick a candidate to unseat Tom Corbett in the race for Governor of Pennsylvania is in full swing.  I’m sure I am not the only Pennsylvania Republican who has been enjoying the spectacle of Democrat cannibalism.

The Democrats love eating their own as much as Republicans do.

It’s a real accomplishment for any incumbent challenger to be successful in a general election after surviving a competitive and contentious primary.  The zeal both political parties take in tearing down their own candidates during primary seasons is frankly bizarre.  Whether it’s Allyson Schwartz‘s scorched-earth strategy for defending her 13th District Congressional seat or Republicans playing Whack-a-Mole on their best candidates before challenging a vulnerable President.

It’s hard to win a horse race when your prized steed – “winner” of the preliminary heat – is lame and limping off to the glue factory.

But if you are supporting an incumbent, who enjoys the safety of a challenge-less primary, patiently waiting for the battered primary victor to emerge, it’s a bit more rewarding to grab the popcorn; find a comfy chair; and commit to paper all the great attack lines your primaried opponents will hand you in their attempts to survive the intra-party process.

For Democrats the home stretch for the May 20 primary is within sight; and the heat has been turned up by the two biggest names in the race; both struggling to keep up with 25-point front-runner, Tom Wolf.  If you have been paying attention during this internecine combat, you have learned much about how for the Democrats will go to unseat Tom Corbett and how they will govern should they win.

For weeks now, I have been waiting for Schwartz to resort to the nuclear option in what must be an extremely frustrating struggle for Schwartz, who had already picked out the Executive Mansion drapes.  Instead, it was Rob McCord who decided to drop the bomb … a race bomb!

Divisiveness has blossomed as a favored tactic of Democrats running for executive offices, seeking to ingratiate themselves with specific – and obvious – voting blocks.  They present their arguments like this …

McCord’s tactic was all too obvious.  Appeal to the large concentrations of votes in Pennsylvania’s biggest cities by alleging racism by Tom Wolf.

The incident, a killing during the 1969 race riots in York, Pennsylvania (Wolf’s hometown), returned to haunt the 2001 re-election campaign of then-Mayor Charlie Robertson.  When faced with the 2001 indictment, Robertson was persuaded to resign from the election after having already won the primary.  Wolf was one of several advisers who talked Robertson into resigning.

So really, Tom Wolf was simply standing by a friend,who had not as yet been tried (and was later acquitted) of the charges against him.

Of course that didn’t matter to McCord.  He got what he felt he needed, a wedge with which he could pry votes his way.  But it also gives you an insight into what a McCord Administration of State might look like .. a lot of bodies under a lot of buses.

Divisiveness, then conquer … a recurring theme … 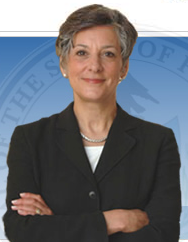 Schwartz – of course – jumped right on the Railroad Wolf train.  But then again, she doesn’t have much else to fall back on.  Her own Philadelphia connections have not been impressed with her constant harping of support for President Obama and his administration’s stilted, stuttering policies.  Most of all the Affordable Care Act …

Not exactly political genius by the Schwartz campaign, given the abominable handling of the ACA rollout, the Obama Administration’s opaque-ness when it comes to ACA sign-up/payment information, and well, just about everything they do – or don’t do – internationally.

Schwartz’s biggest problem though, when trying to connect to Joe Voter, is that when it comes to playing the 99% Jets off the 1% Sharks, she can’t hide the fact that she is – in fact – a Shark!

Then again, so are all the Democrats running for Governor!

Check out the income tax statements of the Democrat candidates who released their tax returns, keeping in mind that as late as 2012, the standard for being considered a 1% income earner was roughly $380,000.

All figures are from 2012 tax returns:

Now certainly there’s nothing wrong with being a successful 1%’er as it results from your hard work, highly demanded capabilities, or entrepreneurial spirit.  No, my point is this …

When these candidates look you in the eye and try to tell you they know what you are going through; that they are on your side; and they will help your Jets even the playing field with those richie-rich Sharks, you need to ask yourself the one question that really matters, when your family could live quite comfortably on what these candidates pay in taxes alone …

Wolf may the rue the day his Jeep joined the campaign.

The same story applies to how budgets and taxes will work should one of these esteemed liberals defeat a vulnerable Tom Corbett.

All four Democrat candidates rail against the $1 billion lost to education in the Pennsylvania budget.  They will all restore it.  Cost: $1 billion

The $1 billion cut to education in Pennsylvania was not a Corbett budget cut, as Democrats will lead you to believe.  The cuts were the result of the loss of $1 billion in federal stimulus dollars committed to the education budget by former Governor Ed Rendell and lost when the federal stimulus program ended in 2011.

The 2013-14 state budget faces a $500 million shortfall, largely the result of overly optimistic projections of tax revenues that have not materialized.  Projections suggest the same could hold true for FY14-15, which begins on July 1.  So the State is really looking at a $1 billion budget gap.

The Democrats running for Governor all want to fix that of course.  Cost:  $1.0 billion over two years ($500K a year)

Total costs of fixing both the education funding gap and the State budget shortfall:  $1.5 billion annually

And how will Democrats fix this problem?  The unanimous answer is RAISE TAXES!  A large chunk of their proposed solution would be extraction taxes on the natural gas industry.

The problem for those of us who identify as middle class?

If you were hoping that Pennsylvania’s huge gas resource would result in cheaper local energy costs, it would be us – as consumers of this Pennsylvania gas – who will end up paying those taxes as increases to the wholesale/retail prices … of the gas itself and the products that rely on that gas for production and transportation.

Increased taxes are never paid solely by the businesses that are taxed.  They are simply pushed out to the consumer, who pays those added taxes in increased costs of what they buy and the services they use.  In addition, the fact that Pennsylvania already taxes energy companies with the second highest marginal corporate income tax rates in the country renders further taxation a potential drag on the economy and killer of jobs.

So when a Pennsylvania Democrat candidate for Governor comes calling; looks you in the eye; tells you they are a Jet, just like you; that they have your back; and will work oh-so-very-hard in your interests, make sure you have that Shark repellent handy!