As we enjoy another long weekend, courtesy of those who fought and died to ensure the success of our national experiment, remember those who made it possible even though they never made it home.

Col. Francis J. McGouldrick Jr. returned home this past December, 45 years after being lost over Laos during the Vietnam War.

On Dec. 13, 1968, McGouldrick served as a navigator on a B-57E Canberra on a night strike mission when the aircraft collided with a C-123 Provider over Savannakhet Province. McGouldrick was never seen again and was listed as missing in action. In July 1978, a military review board amended McGouldrick’s official status to presumed killed in action, according to a DOD POW/Missing Personnel Office news release.

Between 1993 and 2004, several attempts to locate the crash site proved unsuccessful, but on April 8, 2007, a joint team located a possible crash site near the village of Keng Keuk. From October 2011 to May 2012, joint U.S. and Laos teams recovered human remains and aircraft wreckage consistent with a B-57E.

Before the family received the answers they’d been searching for since they first learned McGouldrick was declared missing, his wife Jacqueline and two siblings died. However, his children and grandchildren were able to finally see him return and receive the burial with full military honors he was due.  (Taken from www.af.mil)

Joseph Gantt was reported missing in action on November 30, 1950, while serving with Battery C, 503rd Field Artillery, 2nd Infantry Division, according to the Defense Prisoner of War/Missing Personnel Office in Washington, D.C.

According to the office, elements of the 2nd Infantry Division were attacked by greater numbers of Chinese forces near the town of Kunu-ri, North Korea.

The division disengaged and withdrew, fighting its way through a series of Chinese roadblocks.  Numerous U.S. soldiers were reported missing that day in the vicinity of Somindong, North Korea.

After a 1953 exchange of prisoners of war, returning U.S. soldiers reported that Gantt had been injured in battle, captured by Chinese forces and died in a POW camp in early 1951 from malnutrition and lack of medical care. (Excerpt taken from mailonline.com)

From his Medal Of honor citation:

For conspicuous gallantry and intrepidity at the risk of his life above and beyond the call of duty:

Private Joe Gandara distinguished himself by acts of gallantry and intrepidity above and beyond the call of duty while serving with Company D, 2d Battalion, 507th Parachute Infantry Regiment, 17th Airborne Division during combat operations against an armed enemy in Amfreville, France on June 9, 1944.

On that day, Private Gandara’s detachment came under devastating enemy fire from a strong German force, pinning the men to the ground for a period of four hours. Private Gandara voluntarily advanced alone toward the enemy position. Firing his machine gun from his hip as he moved forward, he destroyed three hostile machine guns before he was fatally wounded.

Private Gandara’s extraordinary heroism and selflessness at the cost of his own life, above and beyond the call of duty, are in keeping with the highest traditions of military service and reflect great credit upon himself, his unit and the United States Army. 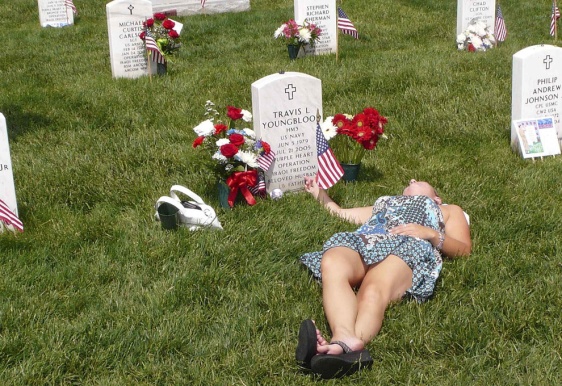 Please take the time to read the story of Philadelphian, Edward J. Kelley, a graduate of Roman Catholic High School, who was killed while in service with the all-volunteer American Ambulance Corps during World War I in France months before the United States entered the war.

One could argue that his story, as it appears in Sunday’s The Philadelphia Inquirer is not technically recognition consistent with the true meaning of Memorial Day, since Kelley was not serving in a conflict yet including direct U.S. involvement.  My argument would be that Kelley’s actions magnificently demonstrate American heroism in its desire to make a difference when other people are suffering the inhumanities of war.

Finally, experience the somber respect demonstrated by airline passengers this past October, when a hero was transported back to his family on a Delta Airlines flight from Atlanta to Los Angeles.

And as we all enjoy what looks to be a gorgeous weekend here on the East Coast, be sure to take a few moments to remember those – both past and present, living and passed – who make it all possible. 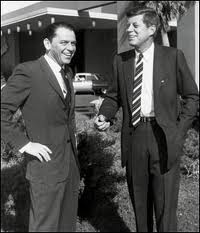